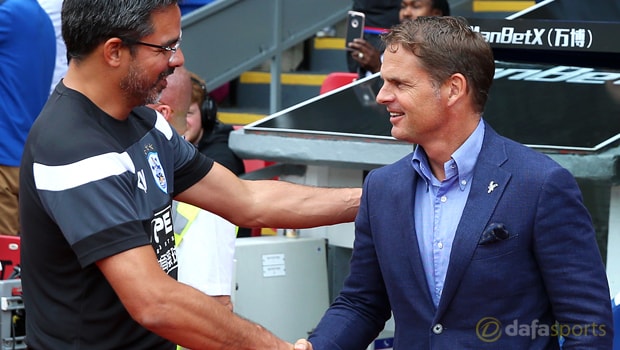 Huddersfield Town boss David Wagner was quick to praise his side after their ‘clinical’ display against Crystal Palace on Saturday.

The Terriers, 1.83 to be relegated, showed glimpses of their potential on Saturday as they secured a 3-0 win away from home at Selhurst Park.

Palace’s Joel Ward scored an own goal to give Palace the advantage, before the club’s record signing Steve Mounie scored a header three minutes later.

Mounie then scored against with 12 minutes remaining as Huddersfield enjoyed the perfect start to life in the top flight.

Speaking after the match, Wagner was delighted how his side silenced their critics in front of goal.

He told Sky Sports: “We started quite well. We created a great chance which we missed, but then we were very clinical.

We created five or six very good opportunities and scored three times. “And we had Jonas Lossl who was outstanding in goal and in some situations we were lucky.

“We showed the right team spirit, the right togetherness, and we were very aggressive. We deserved the win.

Maybe the win was too high [sic] when you consider how many chances Crystal Palace had, but we take the three points and continue.

“I have always said that we will only be competitive if we stick to our identity.

“It was a very good start. You cannot moan about it; playing your first Premier League game, your first at this level in 45 years and you win 3-0 against Crystal Palace. I will not moan.”