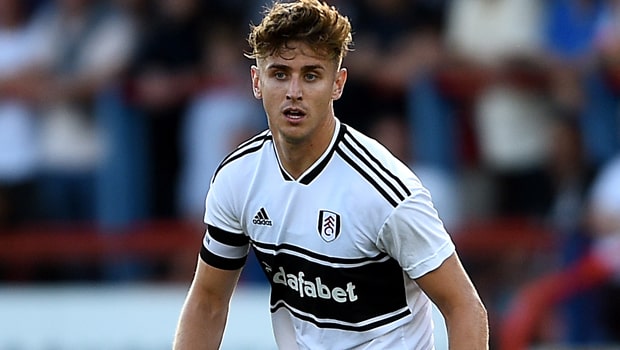 Fulham midfielder Tom Cairney is in line for a shock England call-up, despite having already featured for Scotland.

The 27-year-old midfielder, who scored the winner in Fulham’s play-off final victory over Aston Villa in May, has won two caps previously for Scotland against Canada and Costa Rica, but both of them were in friendlies meaning he could still be eligible to play for England.

He has also pulled out of several Scotland squads in the past through injury – leading to speculation that he is holding out representing the Three Lions.

Reports are suggesting that England boss Gareth Southgate could be weighing up a move to call up the Nottingham-born attacking midfielder to the England squad for next month’s Nations League games against Croatia and Spain.

Southgate admitted in the build up to England’s recent internationals that he may look beyond the obvious star names when naming his next squad, and Cairney could feature in his thinking.

Cairney had been a key man for Fulham in the Championship after making the move from Blackburn Rovers and was the subject of an offer from West Ham last January for a fee rumoured to be around £20million, which the Cottagers swiftly turned down.

And he has adapted to the Premier League seamlessly under Slavisa Jokanovic as Fulham sit 15th after five games.

Scotland boss Alex McLeish is aware of the reported English interest in him and looks almost certain to try and call him up for their next games in order to give him a competitive cap.

Cairney’s next focus, however, will be on Fulham’s Saturday lunchtime home game against Watford as they look to pick up their second win of the season.