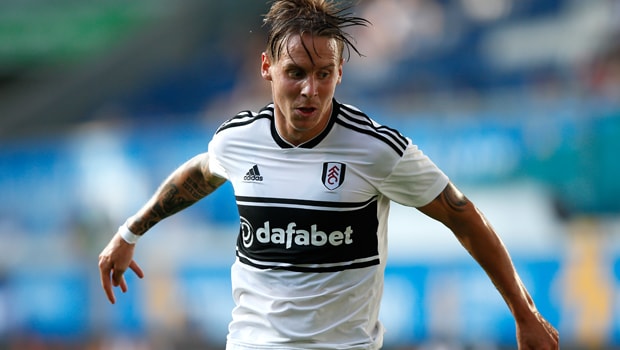 Stefan Johansen believes Fulham are ready for their return to the Premier League and is impressed by their work in the transfer market this summer.

The Cottagers secured a return to the top flight for the first time in four years after beating Aston Villa in the Championship play-off final in May and boss Slavisa Jokanovic has wasted no time strengthening his squad.

The likes of Maxime Le Marchand, Jean Michael Seri, Fabri, Andre Schurrle and Aleksandar Mitrovic have all arrived at Craven Cottage during the summer, with the latter joining after a successful loan spell last season, and Johansen is excited by what the new recruits can contribute to the Fulham cause.

“At this stage of pre-season we’ve been working really hard,” Johansen told fulhamfc.com, “The training has been hard and a lot of players have got minutes in their legs.

“We’ve made some good signings now as well so we are starting to get to where we should be, and we still have a week and a half until the real deal starts.”

Fulham will round off their pre-season campaign when they take on Celta Vigo at Craven Cottage on Saturday and Johansen is convinced his side will be ready for that match and their Premier League opener at home against Crystal Palace the following week.

“As I said, we have been working really hard for four weeks now and there is one more game until the real deal starts, but I think we are starting to look ready for it,” the Norway international added.

The Cottagers are priced at 2.38 to begin their Premier League return with a victory, while Palace are available at 3.10 and the draw is on offer at 3.30.