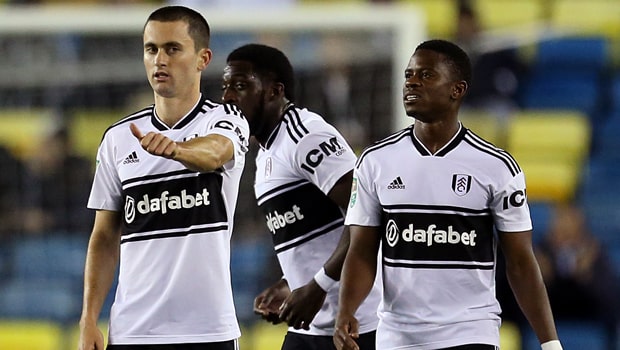 Jokanovic chose to rotate his line-up for the match at The Den, with United States international de la Torre being handed just his second start for the club, but he certainly wasn’t overawed as he scored and provided two assists to help Fulham ease into the fourth round.

De la Torre certainly impressed Jokanovic, who confirmed he hopes to give the 20-year-old more opportunities in the first-team this season.

“Luca’s a really great lad and he played well – two assists and one goal,” Jokanovic told the club website. “He’s worked a long time with me.

I haven’t had space to given many chances, but he has never stopped pushing forward, has shown personality and professionalism in training. He’s never given up and he’s never surrendered.

“I can’t promise anything, but he’s showed many positives.” Midfielder Elliott came on as a substitute during the contest and, at just 15 years of age, he became the youngest player to represent the Fulham first-team.

Jokanovic is predicting big things for the teenager, although he admits he only threw him on when he thought the game was safe. “Harvey’s trained with us a few times,” explained Jokanovic.

“He’s definitely a talented kid, who’s shown some kind of quality and we believe this was an opportunity how we performs at a senior level. He moved the ball with quality and speed.

“I didn’t want to put him in trouble. When the game started to look comfortable, I gave him a chance.”

Tuesday’s win means Fulham are through to the fourth round of the Carabao Cup for the first time since 2014.

The Cottagers have never won the competition, but they are priced at 41.00 to claim overall glory this season.