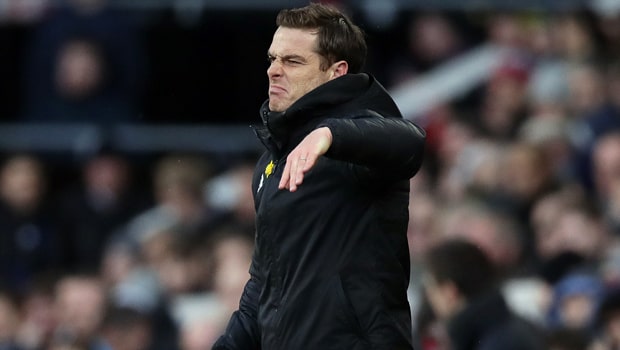 Caretaker manager Scott Parker refused to be too harsh on goalkeeper Sergio Rico after his error cost Fulham the chance of an unlikely point against title-chasing Liverpool.

Parker admitted he was “gutted” for his players after they fell to a seventh straight defeat, leaving the club’s Premier League status hanging by a thread.

Fulham were on course to snap that run when Ryan Babel capitalised on miscommunication in the Liverpool defence to score against his former club and level the match at 1-1 with 15 minutes left.

But Rico’s late foul on Sadio Mane, which came after the goalkeeper had spilled a simple Mo Salah shot, allowed Liverpool to grab all three points thanks to a James Milner penalty.

Parker said: “You see it every week, when a player makes a mistake, his first action is to try and put it right, and nine times out of 10 the first thing they do when they’ve made a mistake is take out everyone in front of them because they want to make amends.

“Sergio has pulled off some great saves today but he’s obviously made a little error there.”

Asked if Fulham had thrown the game away, Parker told Sky Sports: “Yeah probably. Gutted, disappointed, mainly for the players really. I said before the day how hard everyone has been working this week.

“Even as slow as we were in the first half in the attacking third, I saw things which were part of what we want, and then certainly second half.”

“We understand the challenge ahead of us, seven games left, if we can have that spirit we had today, and at times that play we had which I know will only improve, certainly I know us as a team and as a football club will be in a better place.”

Fulham’s task doesn’t get any easier with the visit of champions Manchester City to Craven Cottage falling next for them.

City beat Fulham 3-0 at the Etihad Stadium in September and are 7.00 to repeat that scoreline when they meet later this month.