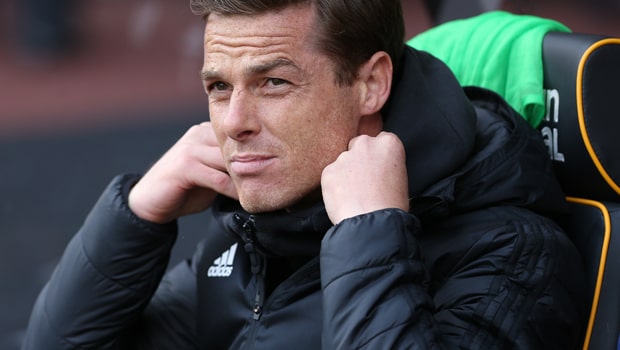 Fulham are apparently close to naming Scott Parker as their new full-time manager following his stint as caretaker boss.

The former Cottagers and England midfielder took the reins in early March following a disastrous spell under Claudio Ranieri, with the former Chelsea and Leicester City boss lasting only three months in the role.

Fulham looked destined for the drop when he took over and they were relegated officially in April after suffering a 4-1 loss at Watford – their ninth consecutive loss in the Premier League.

The west London side were made to pay for their poor defensive performances all season, with the starting XI chopped and changed with alarming regularity.

However, since that Hornets result there has been an improvement, winning three straight games in April, with victories against Everton, Bournemouth and Cardiff – all with clean sheets – giving the fans something to be positive about at the end of the season.

Now, reports suggest that Parker is being lined up as permanent manager following an upturn in fortunes.

The club had tried to persuade Arsene Wenger to drop down to the Championship and manage them but he is thought to have turned the role down, meaning Parker, who has never hidden his desire to get the full-time job, is in the box seat.

Fulham’s last match in the Premier League is at home to Newcastle and they can be backed to end their season on a high note with a win against the Magpies 2.50, while Newcastle are priced at 2.75 and a draw is 3.50.

Aleksandar Mitrovic is one player who is expected to depart in the summer and he can be backed at 2.15 to score anytime against his former club.