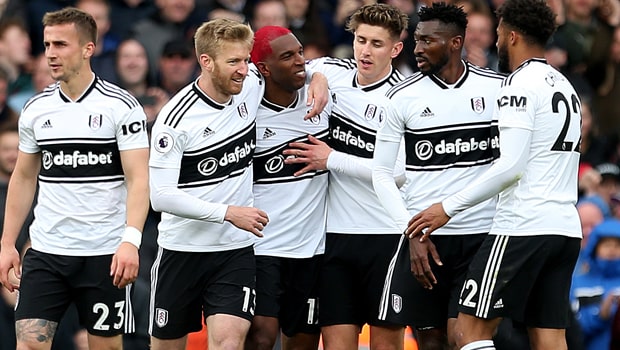 Ryan Babel says he regrets not being able to help keep Fulham in the Premier League despite enjoying a productive spell at Craven Cottage.

The Dutch international joined the Cottagers on a short-term deal from Besiktas during the January transfer window and he ended the campaign as the club’s third-highest scorer after netting five goals in 16 Premier League appearances.

The 32-year-old even won Fulham’s goal of the season award for his strike in the 1-0 victory over Cardiff back in April, but, following relegation, it has been confirmed that he will leave the club this summer.

Babel admits relegation was tough to take, particularly as Fulham began to show their true quality during the final weeks of the season – winning three of their final five games.

“It’s my first experience of being relegated with a team,” he told the club website.

“Before, you look at teams who get relegated and you see their emotion and stuff, and you can imagine that it sucks after you work so hard to stay up.

“And now you experience it yourself and, yeah, it’s tough, it’s tough to take. Especially now, after how you saw we played in the last months, you think, ‘oh, we were able to reach a certain level to maybe maintain Premier League,’ so that’s an extra pity.”

Fulham will now have to regroup without Babel, as they will be looking to secure an instant return to the Premier League next season.

The Dutchman himself has been linked with a return to Turkey, with Galatasaray reportedly leading the race for his signature.