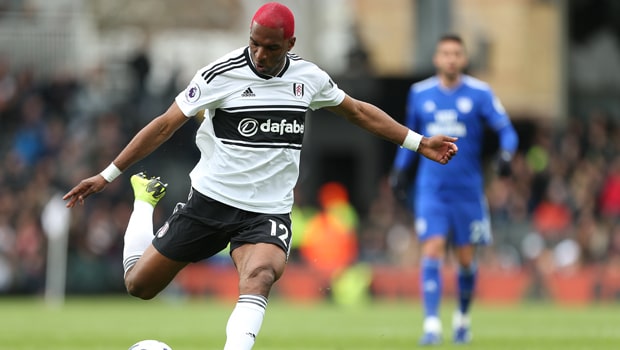 Ryan Babel has talked up the potential of Fulham with Scott Parker at the helm and feels there has already been huge progress.

The Cottagers are certain to be playing their football in the Championship next term after a disappointing campaign in the top flight.

Performances have improved over the last few weeks but Fulham’s fate had already been sealed following a 4-1 defeat at Watford on April 2.

A run of three successive victories without conceding a goal suggest that Parker’s approach is working, although it has come far too late.

Babel only joined in January on a short-term deal until the end of the campaign and he is unlikely to extend his stay when that contract expires.

But the Dutchman sees a lot of potential upon their return to the second tier and feels Parker is the right man to try and lead them back to the Premier League.

“It’s unfortunate my contribution could not help keep the team in the Premier League,” Babel told the club’s official website.

“But I’m very grateful for the chance and I tried to do my best. “I see a lot of potential, it’s a very nice club. With Scott Parker as coach they have something on their hands.

“I don’t know the ideas of the club in terms of the future of the manager but it’s definitely real progress.”

The former Liverpool winger netted in Fulham’s 1-0 victory on Saturday, a curling drive from 25 yards out, and he ranks the effort as one of his best.

He added: “It’s one I will definitely put in my top five, that’s for sure. “To be honest I played the ball slightly too hard.

I wanted to hit it with the inside of my foot but because the ball was so hard I risked it with my laces and it was the perfect hit.”