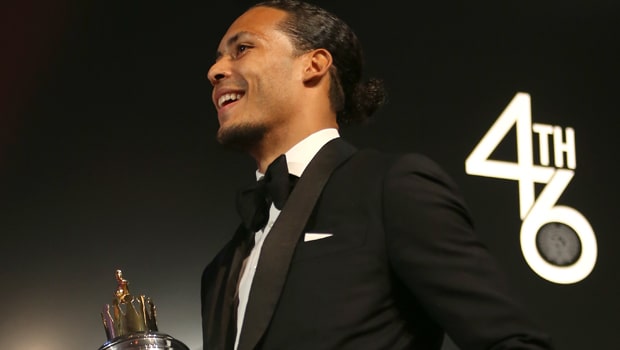 Virgil van Dijk has played down talk of personal accolades and says his only focus is on winning trophies with Liverpool.

Van Dijk has been the Premier League’s standout performer this season and was crowned PFA Players’ Player of the Year on Sunday evening by his peers.

The 27-year-old’s next task is to keep Lionel Messi and Barcelona at bay on Wednesday evening in the Nou Camp when the Reds face Barcelona in their Champions League semi-final first leg.

The world’s most expensive defender suggests he has a long way to go before he can be considered alongside the continent’s elite players, including Barca’s five-time Ballon d’Or winner Messi.

“Nah, that’s not something that’s on my mind at all,” Van Dijk replied when asked about winning the Ballon d’Or at the end of the year.

“There are currently players walking around in this football world that are out of this world, basically, and they’ve been doing it for many years.

“I’m very happy how I perform at the moment, how consistent I’m performing, that I’m fit as well. I think I just need to not look too far ahead.”

The Netherlands international has previously talked of becoming a “legend” on Merseyside and says he needs trophies on his CV to achieve it.

Liverpool are locked in a title battle with Man City alongside their Champions League aspirations.

“I can only speak for myself and my team – we definitely want to get a trophy and we’re working hard every day for it, and hopefully in the future that will happen,” van Dijk added.