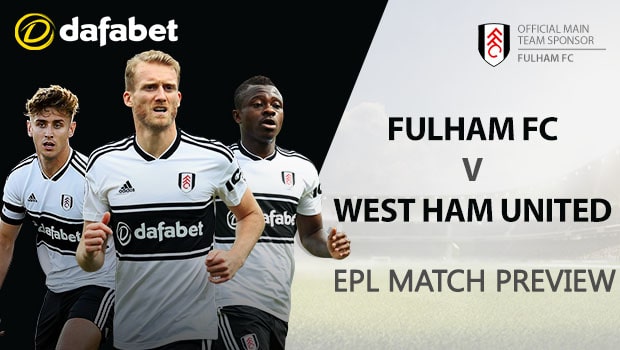 Betting on the Draw: Odds indicate there’s a 28 percent chance the match ends in a draw. There’s a draw in 26 percent of AccuScore sims, suggesting no added side value on the draw.

On a Roll: With Ranieri at the helm, Aleksandar Mitrovic has two goals and 1 assist at Craven Cottage. Watch for him to find himself on the stat sheet again.

Head to Head: These two sides last met in Premier League action way back in January of 2014 when Fulham won 2-1 after a 1-1 tie at the break. They did meet more recently (July 2017) in club friendlies; West Ham won 2-1.

Aleksandar Mitrovic has a 46 percent chance to net the ball; he averages 4-plus shots overall per sim, 1.58 shots on goal per and 0.62 goals per sim.

Odds indicate there’s about a 33 percent chance Fulham win this match. They win over 38 percent of AccuScore sims, suggesting some added side value on the pick. Fulham winning is a three-star (out of four) AccuScore hot trend pick.