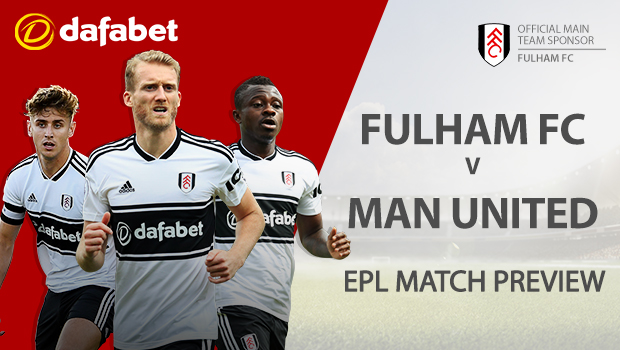 Manchester United host Fulham this Saturday as both sides look to bounce back from sub-par performances. United are on the heels of back-to-back 2-2 draws vs Southampton and Arsenal, respectively, while Fulham looks for win No. 3 of the season.

Recent Form: The Red Devils have zero wins in their last four league games, with their last win coming on the road vs Bournemouth in November.

Improvement: Things have started to take a turn since Claudio Ranieri took over at Fulham. His leadership has helped Fulham earn four points from a possible nine, with only one loss to Chelsea in that time-frame.

Searching: Fulham is still looking for their first road win of the year. Their two wins vs Burnley and Southampton came at home at Craven Cottage. Fulham’s defense has given up 36 goals, with 19 consecutive matches without a clean sheet.

Head to Head: These two sides last met in Premier League action back in February of 2014, resulting in a 2-2 draw after Fulham was up 1-0 at the break.

Odds — at 2.04 — indicate there’s about a 49 percent chance Man U wins this match by more than one goal. They win close to 72 percent of AccuScore sims with an average margin of victory of +1.67 goals. Man U winning is a four-star (out of four) AccuScore hot trend pick.