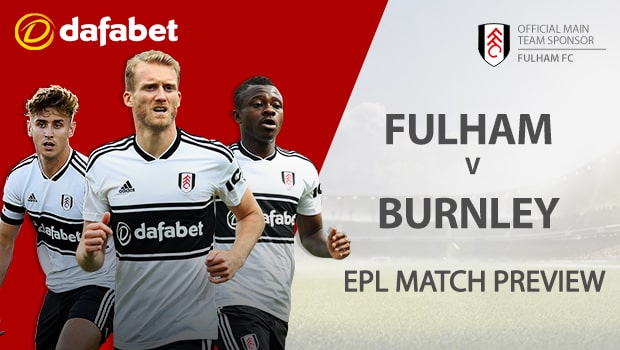 Fulham and Burnley go head-to-head this Saturday at Turf Moor as Burnley looks to build on its 3-game winning streak spanning both Premier League and FA Cup action.

Draw: Picks indicate there’s a 31 percent chance the match ends in a draw. There’s a draw in 28.5 percent of AccuScore sims, suggesting no added side value on the draw.

Head to Head: These two sides last met in Premier League action in August of 2018 when Fulham won 4-2.

Ashley Barnes has a 31-plus percent chance to score this weekend for Burnley, averaging 1.71 shots overall per sim, 0.69 shots on goal per and 0.37 goals per sim.

Burnley winning this match in regulation is a 4-star (out of four) AccuScore hot trend. AccuScore sim data project this to be a closer match than most offshore picks indicate — giving Fulham more of a fighting chance than the picks indicate — but Burnley still wins over 40 percent of sims.