Kalashnikov gets Kingmaker target before the Arkle 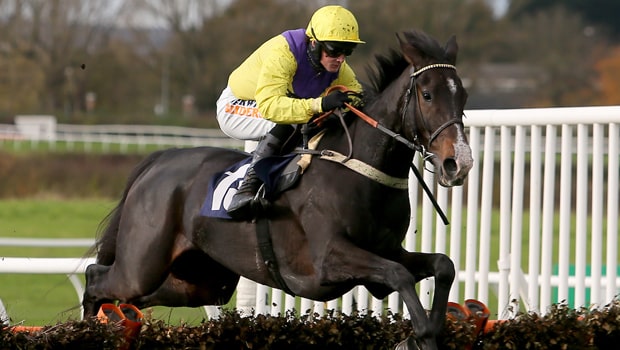 Amy Murphy hopes to see Kalashnikov go to the Kingmaker Novices’ Chase at Warwick next month to complete his preparations for the Cheltenham Festival in March.

The six-year-old has got the Racing Post Arkle on the opening day of the Cotswolds extravaganza as his target. Last March, Kalashnikov was denied victory in the Supreme Novices’ Hurdle by the late surge of Summerville Boy.

He won his first two starts over fences this season, including at Warwick in November. On his most recent start he had to settle for second best behind Dynamite Dollars in the Wayward Lad Novices’ Chase at Kempton over Christmas.

That quick right-handed circuit may not have been ideal for Kalashnikov and, beaten less than two lengths by the winner with the front pair miles clear, Murphy suggests it may well prove a good run.

“At Kempton, he made two mistakes out of the first three fences, and he was on the back foot from there. He did very well to get back to where he finished, but take nothing away from the winner [Dynamite Dollars],” she said.

“It was always going to be quick enough for him at Kempton – because he wants a big, galloping track – but there wasn’t a lot of choice for him.

“The horse that finished back in third [Highway One O One] was rated 145 – so when you look at that he ran very well.”

While there was a race to suit this month at Doncaster, Murphy feels the timing of next month’s Warwick Grade Two is perfect.

“I’m almost certain Kalashnikov will go to Warwick for the Kingmaker, all being well, because the Lightning at Doncaster comes that bit too quick,” she added.

Kalashnikov is 7.00 to win the Arkle at the Cheltenham Festival on March 12.