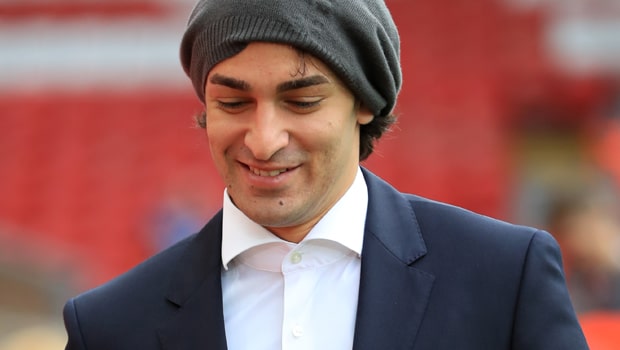 Fulham completed the signing of winger Lazar Markovic on a free transfer from Liverpool just minutes before the transfer window slammed shut on Thursday.

The Serbia international has moved to Craven Cottage on an initial deal that runs until the end of the season and he will be hoping to get his career back on track after failing to make a first-team appearance for the Reds over the first-half of the campaign.

Indeed, Markovic spent much of his Liverpool career out on loan, but Fuham chose to take a punt on the 24-year-old, who received a glowing report from Cottagers striker Aleksandar Mitrovic, who previously played with Markovic at Partizan Belgrade.

Fulham vice chairman and director of football operations, Tony Khan, was certainly pleased to see Markovic join the club, as he feels the wide-man can be a great asset in their fight against relegation.

“Lazar Markovic is a gifted young player; we’re pleased to welcome him from Liverpool for the remainder of the season,” Khan told the Fulham website.

“Lazar is known as a great teammate, he has the support of our Manager, and he has the talent to strengthen our attack. Come on Fulham!” It was certainly a busy day for Fulham in the transfer market, as former West Ham defender Havard Nordtveit arrived on loan from Hoffenheim, while both Aboubakar Kamara and Stefan Johansen left the club on a temporary basis.

Fulham are next in action when they travel to Selhurst Park to take on Crystal Palace in the Premier League on Saturday and they are priced at 3.75 to emerge from that contest with all three points, while the Eagles are available at 2.05 and the draw is on offer at 3.50.