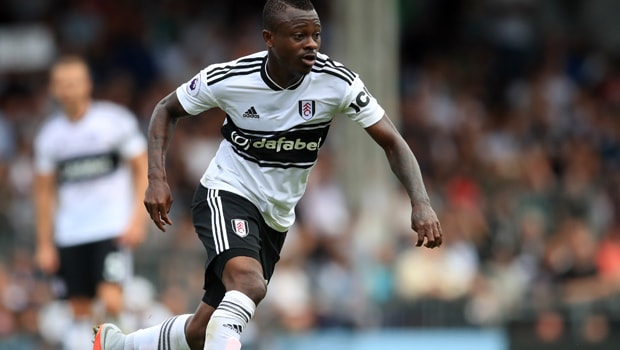 Jean Michael Seri is confident Fulham are going to get stronger after losing their first two Premier League games.

The Cottagers were beaten at home by Crystal Palace in their opening before losing to Tottenham at Wembley last weekend despite offering plenty of resistance.

Fulham manager Slavisa Jokanovic may be relieved to get away from the London derby theme this weekend, with Burnley due at Craven Cottage on Sunday afternoon.

Seri feels there have been positives despite a lack of points on the board.

“We were disappointed that we didn’t pick up any points from the opening two games, but I think we are seeing that the team is starting to familiarise themselves with each other,” he said.

The Ivory Coast international felt Fulham acquitted themselves well against Tottenham, a club with such a strong recent record in the Premier League.

“In the second game there were many positives to take, of course there are areas to work on also, but I think there are many good elements for us all to build on and I am not worried at all,” he added.

Seri makes no bones of the fact that Fulham need to start picking up points, particularly at Craven Cottage.

“It’s time for us now to start to win games,” he stated.

“We’ll work on the aspects that we needed to improve on from these last two matches.

“We play at home but in fairness we approach every game to win, regardless of whether we are at home or away, and we are going to be trying our best to win.”