Hector can’t wait to make his debut for Fulham 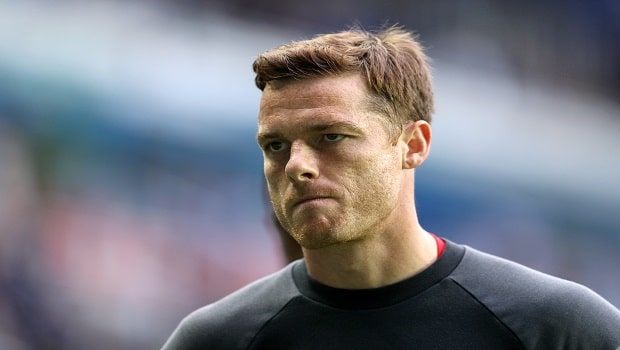 Fulham defender, Michael Hector is a month away from making his debut for the Whites.

The Jamaican international has said he couldn’t wait to make his Fulham debut after signing a pre-contract agreement earlier this season. The 27-year old defender moved to the London club from Chelsea for a fee reportedly around 8m pounds.

Hector who couldn’t make his senior debut for the Blues before signing an agreement with Fulham is just under a month away from becoming available to feature in Scott Parker’s side.

“When still have a month left of the preseason.” he wrote on his Instastory.
The defender has had experience with German side Eintracht Frankfurt, Hull City and Sheffield Wednesday as a loanee. He has been training with the Fulham squad since Chelsea confirmed the deal in September. So, he will be available to make his debut for the Cottagers when they clash with Reading on New Years’ Day.

Hector joined Chelsea in 2015 and was sent out on loan on many occasions to gather the needed experience. The recent time he was in action was at Hillsborough where he became a regular starter for the Owls and became an integral figure during their rise up the Championship table during the second half of last season.

With Fulham in a high flying form having won the last four games, Parker will be happier to have a defender of his calibre in his team to shore up the defence line.

Fulham which suffered some poor form before picking up 12 points in the last four is currently third on the log, five points behind the second-place team, Leeds United which travels to Huddersfield while the Whites welcome Bristol City at the Craven Cottage.

The former Reading defender arrives at the London club with plenty of quality and Championship experience, which could make him become a valuable player for Fulham in the second half of the campaign.

He will have to convince Parker to secure a slot in the backline that is being manned by defensive duo Alfie Mawson and Tim Ream. With his experience, Parker will make room for the tall, lanky defender.