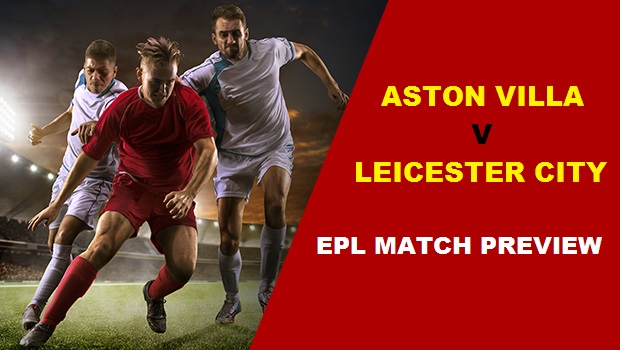 Aston Villa will look to bounce back at home this Sunday afternoon when they host Leicester City at Villa Park. Villa is coming off a 2-1 mid-week loss on the road vs Chelsea, but there is some momentum as they have lost just once at home in their last six fixtures there.

Starting XI: Villa should get a nice little boost with Guilbert returning to the starting lineup after serving his suspension.

Defense: Leicester, so far at least, have the best defense in the league as the recorded another clean sheet their last time out. And this was without a full, healthy lineup as Childwell was out. We’re expecting their full 4-1-4-1 lineup this Sunday.

Head-to-Head: These two sides last matched up in Premier League action back on Jan. 16, 2016 when they finished in a 1-1 draw.

Four-star (out of four) hot trend pick. Average margin of victory in sims is Leicester +1.10 goals.