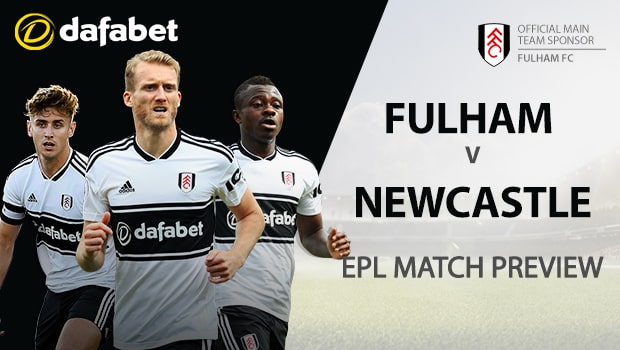 Fulham and Newcastle United wrap up the Premier League season this Sunday at Craven Cottage. Fulham may be No. 19 in the standings, but they’ll still look to wrap up their campaign on a positive note.

Draw: There’s a 27.8 percent chance the match ends in a draw. There’s a draw in 28 percent of AccuScore sims, suggesting some added side value on the draw, but not much.

Head to Head: These two sides last met in Premier League action on Dec. 22, 2018 when they finished in a scoreless draw.

Miguel Almirón has a 36 percent chance to score this weekend vs Fulham. Almirón averages 2.88 shots overall per sim, 1.2 shots on goal per and 0.44 goals per sim.

Aleksandar Mitrovic has a 45 percent chance to net the ball for Fulham this weekend. Mitrovic averages 3.39 shots overall per sim, 1.32 shots on goal per and 0.60 goals per sim.

There’s a 35.8 percent chance Newcastle win this match in regulation. That happens in close to 40 percent of simulations, suggesting some added side value on the pick. Newcastle winning is a 3-star (out of 4) hot trend pick.