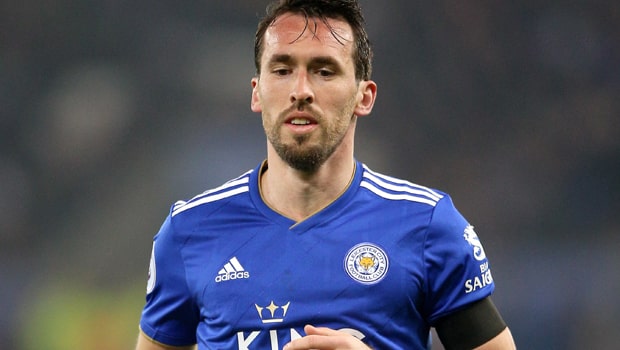 Austria international Christian Fuchs says the camaraderie within the Leicester City squad was the main reason why he decided to put pen to paper on a one-year contract extension at King Power Stadium.

The left-back, who was part of the Foxes squad that won the Premier League title in 2015/16, has made 188 appearances in all competitions for the club.

The 33-year-old insists the future is bright for Leicester under the guidance of Brendan Rodgers, who succeeded Claude Puel as boss in February. Fuchs said: “I’m very happy to be here for another year.

Everything we have experienced in these last couple of years, with all the ups and downs, it just brings us together. “We’re much closer together now.

I didn’t want to miss out on that yet! “With Brendan coming in and expressing his satisfaction with me and saying that he wants to keep working with me obviously meant a lot to me as well.”

Fuchs joined the club just less than four years ago and has made 96 Premier League appearances for the Foxes, scoring twice.

However, the form of Ben Chilwell this season has meant Fuchs has only featured in three Premier League games, the last being the 2-1 victory at Burnley in March.

The Austrian accepts the situation though, adding “I’m not in the same position anymore, but I understand that Chilly (Chilwell) is playing a really good season, that he’s the future of Leicester, and that’s also where I see my role.”

Leicester are 2.40 to beat Chelsea on Sunday while a draw can be backed at 3.50.