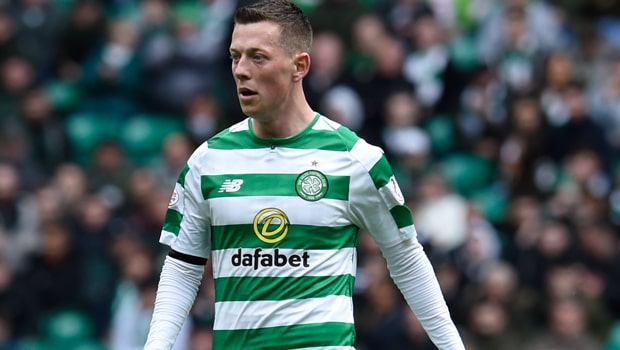 Celtic midfielder Callum McGregor says he wants an Old Firm victory against Rangers on Sunday to brush off any negative feelings around this season.

Despite sealing their eighth consecutive Scottish Premiership title with an impressive 3-0 win away at Aberdeen last week, the Hoops have not been quite as dominant this season.

They are currently nine points ahead of Rangers in the table, who have made marked improvements under Steven Gerrard, with two games left to go.

They have also won the Scottish League Cup, again with a win against Aberdeen, while the Scottish Cup final takes place later this month when they play Hearts.

Despite those success, there has generally been a lack of optimism and positivity at the club this season, as they lost manager Brendan Rodgers to Leicester three months ago, while the club have also failed to recruit many new players.

McGregor is convinced though that a win at Ibrox on Sunday, where they were beaten in December, could help alleviate those feelings.

“We actually have more points this season than last year, so I think it’s more of a perception thing,” he said, in reference to the fact the Parkhead side are two points better off than their final tally for last season.

“I don’t really know why it’s been negative but we’ve always tried to prove on the pitch everything is fine, despite the change in manager and  everything.

“There is always a bit of spice in the fixture. For us, we have a bit to prove as well, coming off the back of the December match there. I think that was the one time in a two-and-a-half or three-year period when the boys didn’t turn up in a big match.

“The pressure is on them [Rangers]. They have to come and give their fans something to cheer about. We’ve won the League Cup, won the league and are in another Cup final.”