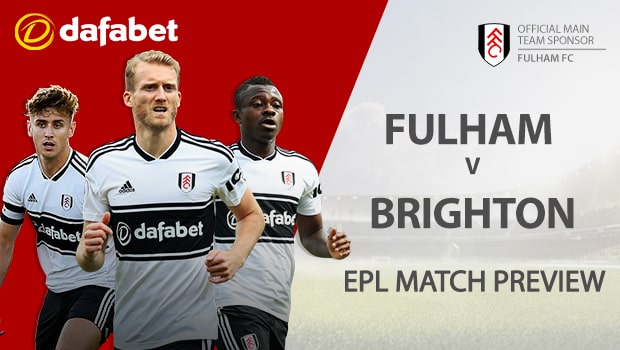 We’ve got some rare mid-week Premier League action this week as Fulham and Brighton & Hove go head-to-head at Crave Cottage. Brighton have won on their last three visits vs Fulham in league competition, scoring two goals in each game.

Draw: There’s a 31 percent chance the match ends in a draw. There’s a draw in 30 percent of AccuScore sims, suggesting no added side value on the draw.

Clean Sheet: Both Sides to Score: The last time Brighton kept a clean sheet was in a 1-0 home win vs Everton in December. They have just one clean sheet in their last 13 league games.

Losing Leads: Fulham has made it a habit to start games out strong only to give up leads before the final whistle. No side has dropped more points from a leading position than Fulham has this season. The majority of those results followed Claudio Ranieri taking the manager spot.

Head to Head: These two sides last met in September of 2018 when they finished in a 2-2 draw.

Glenn Murray is projected to lead Brighton with a 43 percent chance to score. He averages 1.38 shots overall per sim, 072 shots on goal per and 0.56 goals per sim.

For Fulham, we’ll have our eyes on Aleksandar Mitrovic. He has close to a 50 percent chance to score, averaging 3.44 shots overall per sim, 1.33 shots on goal per and 0.66 goals per sim.