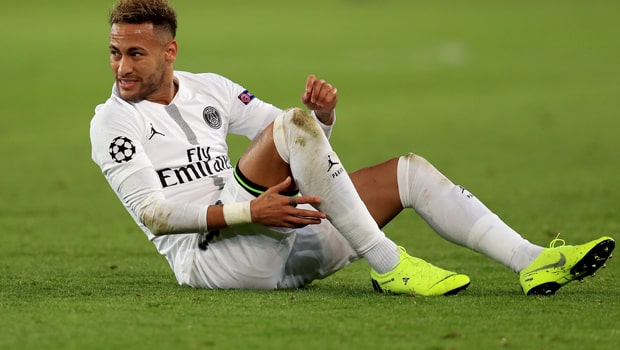 Paris St-Germain boss Thomas Tuchel has suggested it will be ‘super difficult’ for talisman Neymar to recover in time for the Champions League last-16 showdown with Manchester United.

The Ligue 1 side travel to Old Trafford on February 12 to face Ole Gunnar Solskjaer’s resurgent squad in their first leg and it looks as though the superstar Brazilian will miss out.

Neymar suffered a fractured metatarsal against Strasbourg in the French Cup on Wednesday last.

The world’s most expensive player had, according to his club, suffered a “painful recurrence” of the injury he sustained to his right foot last season and his manager feels the trip to England may come too quickly for Neymar.

“It’s going to be super difficult [to be ready for Manchester United],” Tuchel said.

“As I explained [on Saturday] it’s too early to talk about a return date. We have to wait for the first week, which is very important, and his reaction to treatment.

“Only after that can we be more precise. But it’s going to be super difficult – that’s not a secret.”

Tuchel and PSG can still call on the likes of Edinson Cavani, Kylian Mbappe and former United winger Angel Di Maria, but losing Neymar for a game of that magnitude would be certain to undermine their European aspirations.

Solskjaer has guided United to eight successive wins in league and cup since taking over from Jose Mourinho in mid-December after the club sacked the Portuguese.

The resurgence is sure to lift optimism going into the two-legged tie with Paris St-Germain.

Manchester United are 2.60 to win the first leg at Old Trafford, with the draw priced at 3.50 and PSG 2.60 to build an advantage to take to Paris.