Posted by OLADIPUPO MOJEED on December 5, 2019 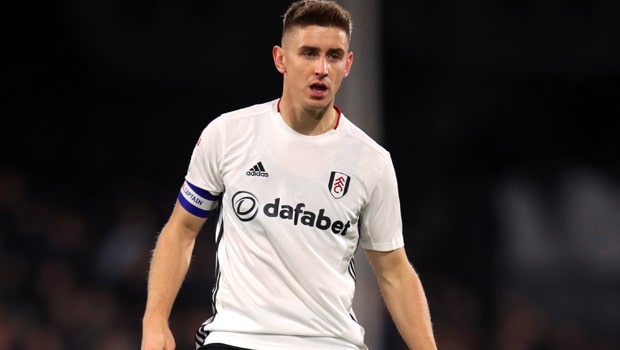 Fulham Football Club is set to show its support for Stonewall’s Rainbow Laces campaign on Saturday during the Sky Bet Championship clash against Bristol City at Craven Cottage.

This is meant to promote equality, diversity, and for LGBT fans, players, and staff across the sport.

According to a press release from stonewall.org.uk, Fulham’s skipper, Tom Cairney, will wear a rainbow coloured armband, as he did on Friday in Swansea. Also, as part of the plan to support the campaign, there will be rainbow corner flags and substitution boards.

According to Stonewall, the move is aimed at inspiring sports fans and participants with the stories of LGBT people in sport and those who work hard to make sport everyone’s game.

It is also meant to educate everyone what being LGBT is in sport is like, the challenges faced, and encourage people to challenge anti-LGBT language.

The campaign also aimed to ensure that LGBT people across all communities, are welcomed by all and can participate fully in society because they have value to add to society.

As diverse LGBT communities, it also meant to encourage working together and with wider communities in changing and winning hearts and minds to tackle prejudice or discrimination within LGBT communities.

As football is everyone’s game, it has the power to bring everyone together. Clubs and communities are, therefore, stronger when everyone feels welcome.

In a related development, ahead of Saturday’s meeting, The Robin’s boss, Lee Johnson, during a Press Conference at Ashton Gate, said his team is coming to Whites’ home ground to secure maximum points.

Speaking further, Johnson said noted that his lads were blown apart by league leaders, West Brom, and got caught at a bad time by Leeds, but if they were to play the game again, they would be competitive.

While lauding Fulham, he described the London club as a top team with premier League standard players.

He, however, noted that Bristols seemed to have done well against their host over the last few years.

Fulham is currently leading the visitors on the log with three points after winning four games in a row. The last outing was an outstanding 2-1 win against Swansea away from home at the Liberty Stadium.

Fulham is currently on an excellent form to extend its winning streak to five games in a row that could move them close to Leeds United, which travels to Huddersfield, occupying the second spot with a five point gap between them.

Fulham is backed at 1.66 to win Bristol City, Bristol are backed at 4.93 to pull a shock away win.