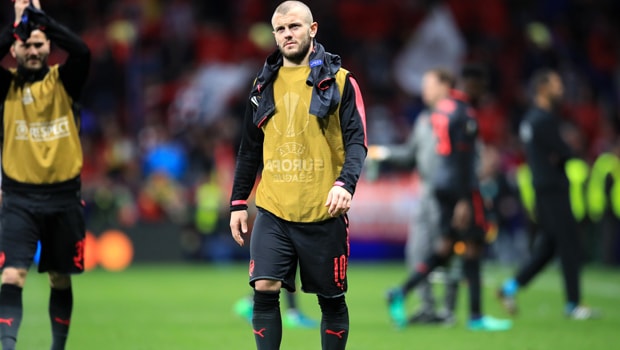 England international Wilshere ended his 17-year Arsenal stay this summer after turning down the offer of a new contract and he was snapped up by West Ham on a free.

The 26-year-old was told by new Gunners’ boss Unai Emery that he would not be first choice for the upcoming season and the lack of playing time was something the midfielder was not happy about.

Injuries have severely hampered the Stevenage-born star’s progress over the past few campaigns, but there is no denying the talent he has and can bring to any team.

Wilshere will be hoping a change in scenery can help kick-start his career, having missed out on England’s 2018 World Cup squad, and Parlour believes this move will be of huge benefit.

“Jack Wilshere has made a big decision and it was his to make,” he said.

“He met the manager and realised he might have been third or fourth in the pecking order. As a player who has missed so much football, he needs to play.

“I’m gutted that he’s left because I would love to see him still in an Arsenal shirt, but I’m really pleased he’s gone to a club to play football because there is nothing worse than training hard all week and then sitting in the stands.

“West Ham have got a very good signing there. We always look at his fitness record, but if he can stay fit we all know how good he is. That is what West Ham have to manage now.”

Wilshere is one of seven new arrivals at the London Stadium this summer and Manuel Pellegrini’s men are 41.00 to finish in the top four, whilst a title win is a massive 401.00.