Posted by Ayotunde Omolayole on October 17, 2019 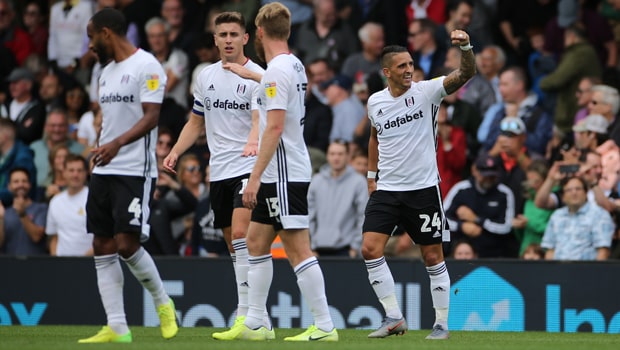 Fulham FC continues their promotion chase this weekend when they travel away to face English Championship League bottom side Stoke City FC. The match kicks off at 3 PM. on Saturday the 19th of October.

This will be the first time both sides are facing each other in the English second tier in over 30 years. Fulham has enjoyed a slightly better head to head record against the Potters winning 32 matches out of 77 meetings over the years.

Fulham will be seeking a third away win of the season to get back on track after their disappointing 2-2 home draw last time out against Charlton Athletic FC.

Manager Scott Parker will be glad to have all of his players back unscathed from the international break as the Cottagers prepare for their trip to the west midlands. Ahead of the game, Parker has called on his players to show better mental fortitude. While speaking to West London Sports, Parker noted

“I often speak about this team, and there is one thing we need to talk about, and we need to change here, (and that) is the mentality,”

Also adding “I want to see a team that represents myself on the sideline. I want to see a desire, a real work ethic and a unity and a never-say-die attitude.”

“The challenge for me, and the challenge for the players is to keep believing in that. Instead of getting it in bits and drabs, or one 90 minutes here and another there.”

Fulham captain Tom Cairney should be ready to go again after a string of impressive performances culminating in a PFA player of the month award for the month of September.

Fulham Striker Aleksandar Mitrovic also returns back from the international break in rich form, having gotten on the score sheet for the Serbian national team following 1-0 and 2-1 victories over Paraguay and Lithuania in a friendly match plus European qualifier respectively. Mitrovic will be hoping to carry over his impressive form during the internationals to the league and add to his goals tally as the top marksman in the league.

Fulham are currently 7th with 19 points on the league table and will be aiming to add to Stoke City’s relegation woes when the game gets underway this Saturday Afternoon.

Fulham are pegged at 1.89 to win against Stoke City, while Stoke City are available at 2.01.