Posted by Ayotunde Omolayole on October 18, 2019 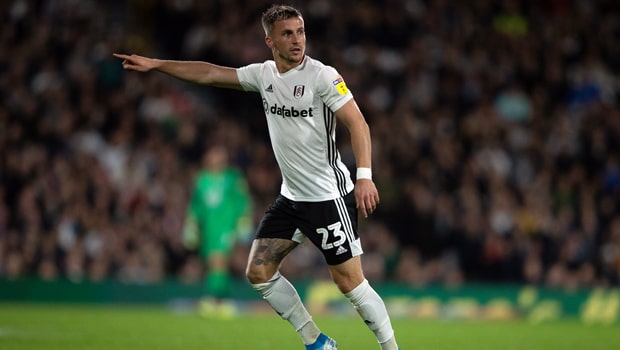 Fulham FC left-back Joe Bryan has been a steady performer in the defense for the English Championship side this season.

The English man has been ever-present for the Scott Parker managed team playing in all league matches contested so far this season. In a team that has been making headlines due to their free-scoring and all-out attacking style, Bryan’s presence has been an important addition to the team’s possession style of play.

In a team bursting with attacking talents like Aleksandar Mitrovic, Ivan Cavaleiro, and Captain Tom Cairney It would have been so easy to overlook the former Bristol City FC youth academy graduate.

However, the Fulham number 23 has shown good quality this season, scoring once and assisting twice so far this season. His all-round play has also been very impressive. He has played a total of 11 matches and clocked 976 minutes so far this season. The fourth Fulham player to have played the most points this season. Bryan’s lone goal this season was in a man of the match performance against Wigan Athletic FC on September 27th, scoring in a 2-0 victory over the Latics.

Apart from his defensive qualities, which are highlighted in his number of aerial duels won the third-highest in his team, Bryan has acted as a perfect foil for winger Cavaleiro. The left-back has benefited from the mazy runs of his Portuguese teammate, affording him the ample space to deliver his trademark crosses, which have so far led to 2 assisted goals for League-leading top goal scorer Mitrovic.

Bryan’s performances haven’t gone unnoticed as the English Man has become a firm fan favorite of the Craven Cottage faithful. Bryan himself has kept up the positive rapport with his club supporters, posting a message through his Instagram handle, expressing excitement that League football is back this weekend ahead of Fulham’s away trip to Stoke City on Saturday.

Fulham will be hoping his performances don’t draw undue attention from other clubs during the January transfer window. The West Londoners would not want to risk losing such an important player, who will be crucial to their push for promotion places by the end of the season.