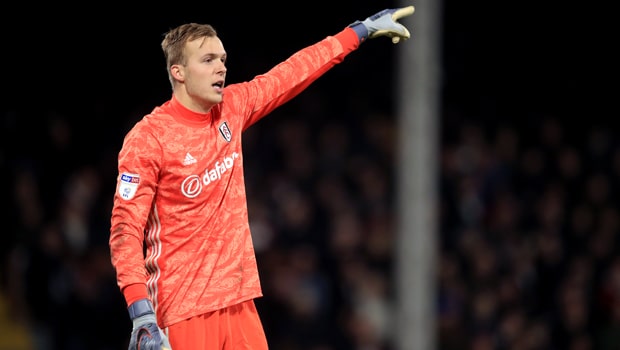 English Championship returned to action already on Friday, with Fulham hosting Queens Park Rangers at Craven Cottage. Before the international break Fulham returned to their winning ways by beating Birmingham after a loss to Hull City and a draw at Middlesbrough. The west London outfit picked up where they had left off at Birmingham in their effort against Queens Park Rangers and duly deserved their 2-1 victory come full-time.

Fulham came into the match somewhat carefully and handed the initiative to the visitors who pressed hard and worked their socks off from the kick-off. They reaped the prize only three minutes in as QPR’s Jordan Hugill left the home team stunned with a close range finish after a juicy rebound left by Fulham keeper Marek Rodak. Defenseman Dennis Odoi was right there at the goal line to perform a kicking save, but was some foot or so inside the net. The visitors continued to pile on the pressure and especially the crosses from the right hand side were a constant danger.

However, it was the home team scoring next. Coming in to replace the suspended Alexandar Mitrovic, Aboubakar Kamara got his name onto the scoresheet on 27th minute. Dennis Odoi sent a perfect cross from the edge of the box towards Kamara, who nodded the ball in from between the two baffled QPR defenders. It was Kamara’s first goal since re-joining Fulham from the Turkish side Yeni Malatyaspor, where he was on loan for the latter part of the previous season. But that’s not all she wrote.

While QPR created chances and Fulham defense was in trouble for some time, Marek Rodak made a couple of brilliant saves to keep the game tied. Fulham had their chances as well, with Anthony Knockaert being denied from a close range by QPR keeper Joe Lumley. It was Lumley’s poor clearance that played a part in Fulham’s go ahead goal – another one scored by Kamara. Stefan Johansen collected the poor pass by Lumley and set Kamara free inside the box, and the Frenchman coolly slipped the ball past the goal line through the fingers of the keeper. A clinical effort from the stand-in striker secured Fulham the three points and leapfrogging to fourth place in the Championship.

Fulham’s closest rivals have their game in hands played on Saturday and Sunday. With a win, Fulham took their point total to 29 in 17 games and when it’s all squared they’re still at least seventh and within a striking distance to the automatic promotion places, currently held by WBA at 33 points and Preston at 31.

Next up for Fulham is Derby City at home already on Tuesday 26.11.