Fulham must summon ‘fight and desire’ to survive 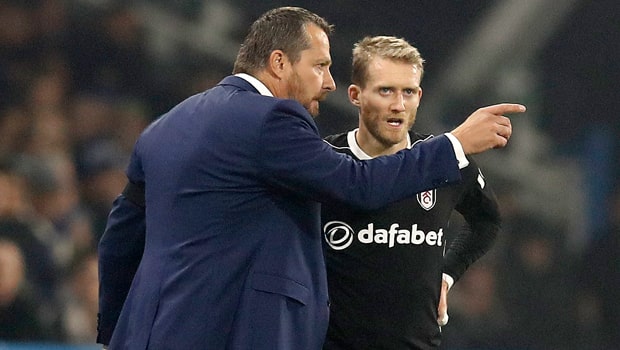 Former Fulham defender Tony Gale feels the current Cottagers squad have to show the ‘fight and desire’ required for the Premier League if they are to stay up this season.

Slavisa Jokanovic and his team have gained just one win and two draws from 11 games over the opening three months of the season.

It leaves Fulham bottom of the heap ahead of a daunting trip to face Liverpool at Anfield on Sunday.

Gale believes the Fulham squad has more about it than the likes of Cardiff and Huddersfield in terms of Premier League quality but, having lost to both those potential relegation rivals of late, he says they have to show their stomach for the scrap.

“It’s so annoying when you know you’ve got quality players, yet you under-perform,” he said.

“Cardiff and Huddersfield are favourites, in my book, to go down. Man for man, pound for pound, we’re better than them in nearly every position, so to come away from those two games with no points, and a lack of fight and desire, was really disappointing.”

Monday’s 1-0 reverse at Huddersfield was a fifth successive defeat for Fulham and Gale felt they did not match the intensity of the home side.

Liverpool also suffered in midweek, losing at Red Star Belgrade in the Champions League. Gale feels Fulham will have to be conservative to take anything from Anfield, as the Reds will thrive in an open game.

“Hopefully we can pull something out of the fire – there’s no better game really because all the neutrals will be thinking we’ve already lost it, so we can go into it without any pressure,” he added.

“For me, they lack a little bit of imagination in midfield, but they’re also one of the best in the division at getting possession back. If you overplay against Liverpool, you will come unstuck.”