Fulham Gets Much-Needed Win vs Sheffield United, Moves to 3 Points of Safety 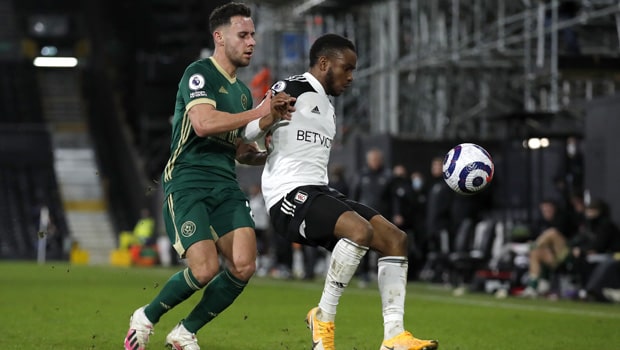 Fulham moved to three points of safety in the Premier League table as they took down Sheffield United, 1-0, on Sunday. Fulham will be tuned into Sunday’s Manchester United-Newcastle match given just how close they are to the No. 17 spot now.

Fulham’s Ademola Lookman scored the match’s only goal in the 61st minute, pushing Sheffield United  even further in the basement of the standings.

“It’s been a big week for us,” Lookman said after the huge win over for Fulham.

Seven points in a week is ‘big,’ and rightfully so. Lookman has four goals on the season for Fulham.

Lookman, currently on loan from RB Leipzig, finished with Man of the Match awards as he: completed 33-of-39 passes;  won 8-of-16 duels; created three chances overall, and score the winner.

Fulham manager, Scott Parker, re-iterated how proud he was of his side, with their ability to stay on message in the crucial matchup this weekend vs Sheffield United.

Parker received some praise for the changes he made to Fulham’s lineup ahead of the match vs Sheffield United. Frank Anguissa, Ivan Cavaleiro and Antonee Robinson replaced the likes of Kenny Tete, Bobby Decordova-Reid and Mario Lemina in the starting lineup.

“We set a challenge to the boys tonight to not get swallowed up,” Parker said. “To worry about ourselves and put in a performance where we showed our quality. I think we did that. We showed our quality. Like all these games it took one moment to win the game and it came from Ademola and he found the net.”