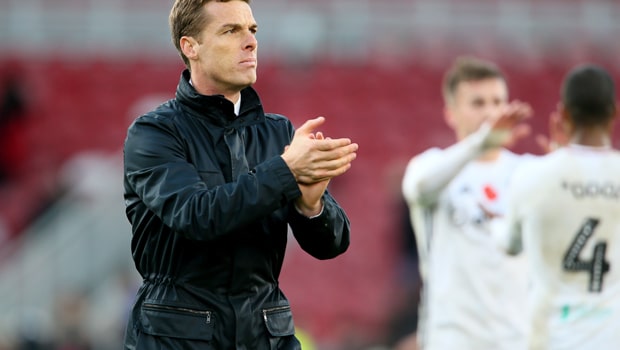 Two games and four points is not too shabby a result this week for now fifth in Championship Fulham. The burdensome schedule of the league had the teams playing three games in one week’s time and Fulham came out winners, despite losing to Stoke in the first issue. Scott Parker was proud and happy especially after the last encounter against Middlesbrough on the road.

Fulham was expected to bounce back after being left goalless in the defeat at Stoke last Saturday. They got their revenge against Luton on Wednesday, when Serbian striker Aleksandar Mitrovic burst in flames and went on a scoring-rampage finishing a hat-trick behind James Shea. Mitrovic’s first tally came on the 16th minute with a goal-scorers finish from the 12 yard distance. Fulham pushed on and made James Shea work for his paycheck, but failed to add to their goal total. It was all Fulham in the first half: 70-30 ball possession, 4-0 shots on goal and 14-5 all attempts.

Second half started the same the first finished and on 53rd minute Mitrovic toed in his second of the night from Bobby Reid’s brilliant assist. Luton didn’t give up though and clawed back with Danny Potts header from a free-kick only seven minutes later. Mitrovic soon retaliated and added an insurance goal to complete his hat-trick by a diving header to a cross by Joe Bryan. Insurance goal came in handy, as Luton still fought on to close the gap in the final minutes as Kazenga Lua-Lua slid the ball in from the back post. Fulham prevailed 3-2 on the shoulders of Aleksandar Mitrovic, who moved to the top of Championship scoring race with 11.

It was a short rest for Scott Parker’s squad, as they traveled to Middlesbrough only three days later. The game had a horror start for the visitors as goalkeeper Marek Rodak was sent off on a hand-ball foul outside the box after only 16 minutes of play. Despite his protests, the ball clearly struck the Slovak’s hand as he scrambled to cut off advancing Boro forward. Despite being shorthanded, Fulham managed to create a couple of chances but more importantly protected the goal admirably. Middlesbrough only managed one shot on goal during the 90+ minutes and a hard-fought draw was well earned for the visitors.

Fulham’s four points of the week take them up a notch in the standings to fifth spot. The battle for the promotion is fierce, with only five points between leaders WBA and 11th placed Birmingham. Needless to say there’s no room for error and every point is crucial. Next up for Fulham is a visit from Hull City on Saturday 9th of November.