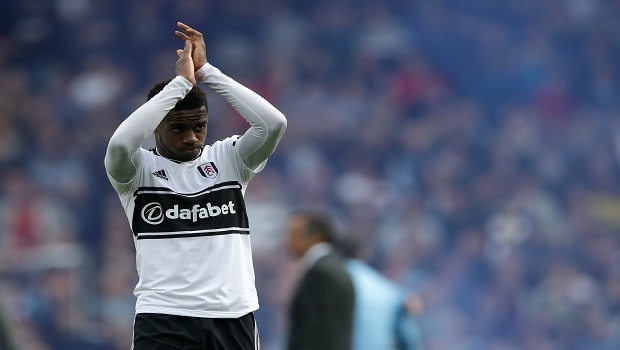 Fulham retained their third place in the English football Championship after emerging victorious from a close battle at Swansea’s Liberty Stadium. The visitors came into the game in great form, having won three of their previous Championship fixtures.

Swansea had been somewhat struggling in their past endeavors, having drawn twice and lost once in their past three. Both teams are fighting tooth and nail for the promotion, Fulham on the third spot and Swansea now eight.

Scott Parker’s men took a flying start to the game and piled on the pressure early on. Swansea barely got on their feet, before the in-form goal-scoring race leader Aleksandar Mitrovic stroke on 22nd minute to take the visitors 0-1 up.

The Serbian nodded the ball into the empty net after Joshua Odomah had rattled the crossbar. The first half was commanded by Fulham, but Swansea got their chances as well, despite losing ball possession clearly with 39% to 61% of Fulham.

However, Swansea threatened Fulham’s goal on five occasions, while Fulham shot on goal only three times – but scoring twice. The second goal was another signature tally from Mitrovic, who was left unmarked at the side of the box and didn’t miss from a clear 1-on-1 to send Fulham 0-2 up just before the half.

Swansea came in with determination for the second half, but Fulham kept the home team on their toes with fast counter-attacks. Ivan Cavaleiro had a chance to take the visitors three goals up, but Swansea keeper Fredercik Woodman parried the shot brilliantly. Swansea clawed their way back into the game slowly but surely.

Marek Rodak saved the first chance by George Byers, but had to give in on 65th minute when it was Byers rising above everyone to nod in the 1-2 goal. Rodak got his fingers to the ball, but couldn’t prevent the ball crossing the goal-line.

With a win, Fulham took a firm stand in challenge for promotion. They’re now third with 35 points in 19 games. The schedule does not get any easier for Fulham, as they’re facing Bristol City next weekend. Bristol is currently fifth, only three points behind the Scott Parker’s squad.
Dafabet offers