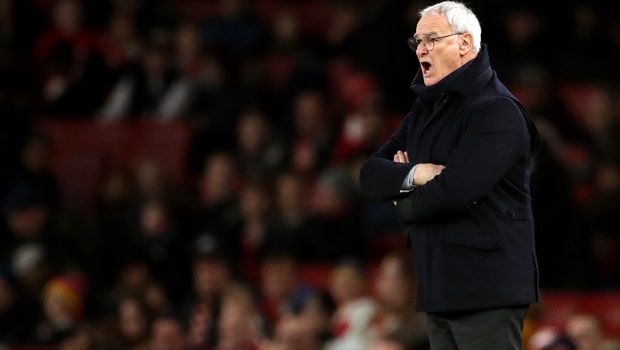 Claudio Ranieri has patched things up with Aboubakar Kamara following the penalty debacle that overshadowed Fulham’s victory over Huddersfield on Saturday.

With the score at 0-0, Fulham were awarded a penalty, but Kamara insisted he was the one who should take the spot kick, even though the rest of his team and Ranieri indicated that Aleksandar Mitrovic was the man that should step up.

Kamara subsequently missed the penalty and, even though Mitrovic later saved his blushes by grabbing a late winner, the French forward was still sternly criticised after the match by Ranieri, who labelled him ‘disrespectful’.

However, Ranieri has now revealed that Kamara has since apologised for his actions and the Italian has decided to draw a line under the whole incident.

“Now everything is finished. He came to me after I called all the squad, all the people around us, and they (all) apologised. For me it’s finished,” Ranieri told the club website.

Fulham will be looking to make it back-to-back wins in the Premier League for the first time this season when they take on Arsenal at the Emirates Stadium on New Year’s Day and Kamara is priced at 5.25 to be an anytime scorer in that match.

The 23-year-old has netted twice in the top-flight this season, although Ranieri has not yet confirmed whether he will be involved against the Gunners.

“The team is the first in my idea, if I need him he continues to play but he has to improve what I ask,” Ranieri added. “He’s a good guy and I hope also the fans are behind him and all the team.”