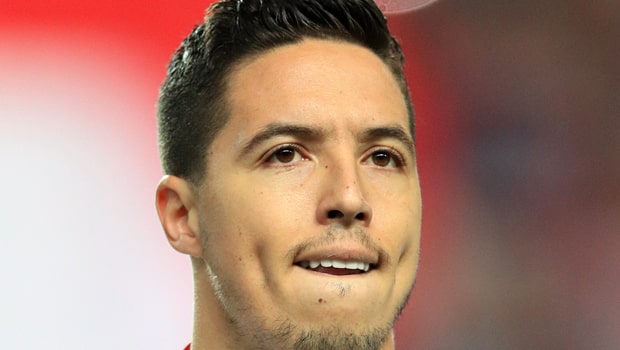 New West Ham signing Samir Nasri has revealed the ambition of the club was one of the driving factors behind his decision to move to the London Stadium.

It had been long mooted that the former France international would be joining the Hammers – he had been training with them since November – and on Monday he finally put pen to paper on a deal that runs until the end of the season.

The 31-year-old has not played a competitive match since November 2017 after he was handed a doping ban for receiving a drip treatment at a Los Angeles clinic back in 2016.

UEFA decided it was a breach of the rules set by the World Anti-Doping Agency (WADA), but Nasri has now completed his ban and is available to play again.

The former Manchester City and Arsenal star is looking forward to hitting the ground running with West Ham and admits the club’s vision was a decisive factor.

“You choose a club and a project because of the ambition and I think that West Ham has everything to be one of the biggest clubs in London, for sure,” Nasri told the club’s official website.

Nasri is also looking forward to pitting himself in the Premier League once again after he won two top-flight titles during his spell with City.

“Coming back to the most competitive league in the world, with a team full of ambition with a manager that I know, it’s the best job in the world, and I’m really excited about it,” Nasri added.

Nasri could make his West Ham debut when the Hammers host Brighton on Wednesday.

Manuel Pellegrini’s side are priced at 1.91 to secure all three points, Brighton are available at 4.00 and the draw is on offer at 3.60.