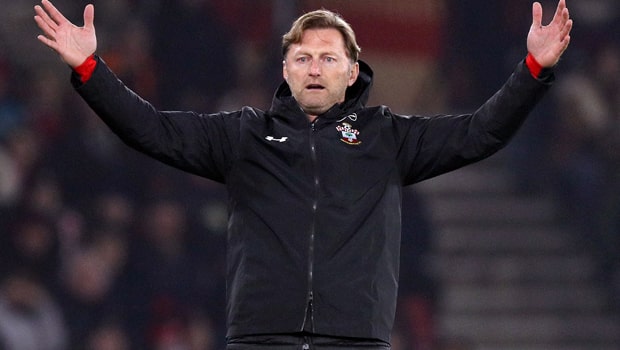 New Southampton boss Ralph Hasenhuttl says he is realistic over what to expect from his side after their defeat by West Ham.

After two straight wins against Arsenal and Huddersfield, Southampton came crashing back down to earth on Thursday evening after surrendering a 1-0 lead against West Ham to lose 2-1.

Despite going in front thanks to a scruffy and fortuitous goal from Nathan Redmond, the Saints lacked a cutting edge despite Danny Ings, Shane Long, and Charlie Austin all playing up front at some point during the evening.

It means Southampton are still 16th in the Premier League, three points clear of Burnley in 18th but with a significantly better goal difference. And Hasenhuttl is under no illusions about the difficulty of the task facing him, despite a positive start to life in the Premier League. “We have to keep working,” Hasenhuttl told Sky Sports.

“It is not about a miracle, it is about hard work every week. “It is an intensive time now – one game after another. We know the fixtures are not so easy, but that is the Premier League.

We saw (tonight) we have a lot of steps to go. It was a good beginning, but we are still near the (relegation) zone.

“We did not make our best match today. We could see from the first 15 minutes that West Ham were going to have plenty of possession, but we did not put much pressure on the ball.”

Things don’t get any easier for Southampton as they welcome Manchester City to St Mary’s on Sunday, with 9.50 the price on the Saints with City at 1.33 and the draw at 5.25.