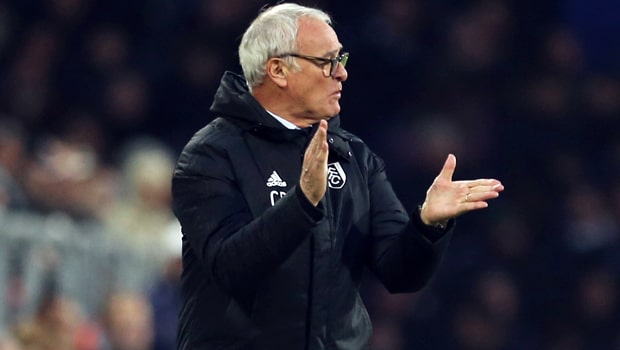 The Italian replaced Slavisa Jokanovic during the international window with Fulham bottom of the table having managed only one win in their first 11 games.

The Whites doubled that tally and jumped above Huddersfield after coming from behind to overcome the Saints in an entertaining battle by the Thames.

Stuart Armstrong put the visiting side into a deserved lead on 18 minutes, though that goal appeared to rouse Fulham.

Ryan Sessegnon and skipper Tom Cairney were at the heart of some excellent play as Aleksandar Mitrovic levelled and then Andre Schurrle sent the home side into half-time with a lead.

Scotland international Armstrong produced his second assured finish of the afternoon early in the second half to level but Mitrovic was on hand just beyond the hour to fire Fulham ahead once more.

Ranieri was pleased with the battling skills shown and is already targeting another big effort in the upcoming West London derby with neighbours Chelsea. Having conceded another two goals, he knows where the hard work is needed.

“It was important to come back and come back with a victory. It is a little step but important for the enthusiasm and everything,” said Ranieri.

“I am confident with my team. We made some good things but we have to work hard to improve on defence.”

Fulham are 1.73 to be relegated from the Premier League this season.