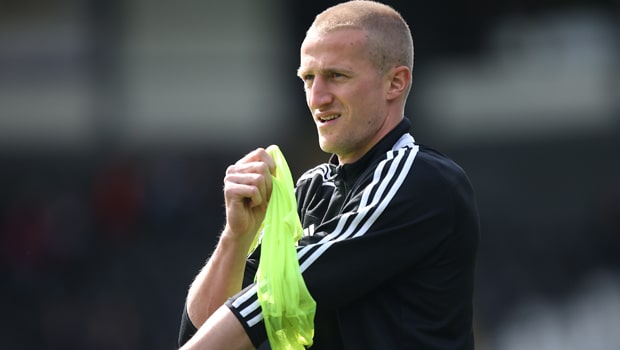 Fulham have played seven games since their return to the Premier League, collecting only five points and conceding 16 goals.

It means Slavisa Jokanovic sees his team in 17th place after their 2-0 defeat at Everton last Saturday.

Arsenal have hit form under new boss Unai Emery, winning five games on the trot after a difficult start, but Hangeland feels Fulham should be positive about their chances, particularly at home.

“The tactics will need to be spot on, but the biggest challenge is frame of mind. Can you use this situation to become the best version of yourself? Can you use the occasion and the location to give absolutely everything?” he told the Fulham website.

“In lifting the players to be the best they can be, you – the Fulham faithful – have proved time and time again how valuable you are. Against so called stronger opposition, Craven Cottage has often become a place of magic.”

Hangeland has studied Arsenal this season and notes that the Gunners full-backs are often pressing high and wide to support the attack.

If Fulham can steal possession and counter with pace and accuracy, in form-striker Aleksandar Mitrovic will be a big threat. “With Arsenal’s full-backs high and wide, breaking their build-up play opens up the pitch for runners getting into the wide areas,” Hangeland added.

“On crosses into the Arsenal box, I would back Mitrovic to cause them some big problems.”