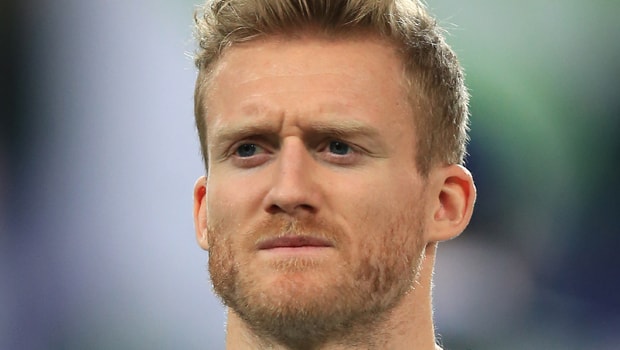 Andre Schurrle is hoping to hit the ground running with Fulham after joining the Premier League new-boys on a two-year loan deal from Borussia Dortmund.

The Germany international has become Fulham’s fourth major signing since their return to the top flight and he brings with him a wealth of experience, as he’s won 57 caps for his country and got the assist for Mario Gotze’s extra-time winner in the 2014 World Cup final.

The 27-year-old also has experience of playing in the Premier League, as he spent 18 months with Fulham’s west London rivals Chelsea between 2013 and 2015 and he is now looking forward to getting started with his new club.

“I’m so happy to be here, I can’t wait to get started,” Schurrle told fulhamfctv.

“Fulham were the first club that showed interest in me – that was something that I appreciated a lot, and one of the reasons I wanted to come here.”

Schurrle believes Fulham’s attacking philosophy will suit his style of play, although he knows he first faces a battle just to force his way into Slavisa Jokanovic’s side.

“I love ball possession, I love attacking, and I love making runs, so I think it could be perfect,” he added.

“I have to fight for my place and I have to show my quality so that I can be a member who really helps the team.”

The former Wolfsburg star could make his competitive debut for Fulham in their Premier League opener against Crystal Palace at Craven Cottage on August 11 and they are priced at 2.38 to win that match, while the Eagles are available at 3.00 and the draw is on offer at 3.40.