Alireza Jahanbakhsh ready to hit the ground running with Brighton 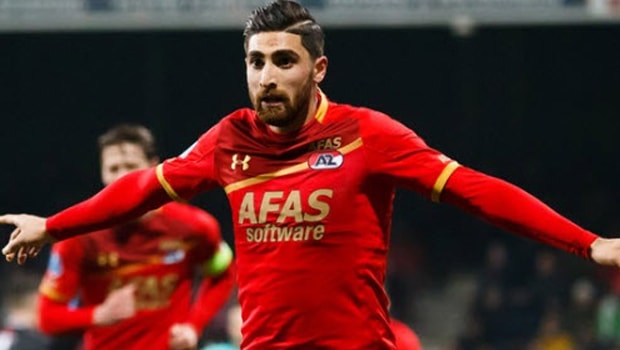 Alireza Jahanbakhsh is hoping to hit the ground running with Brighton after sealing a club-record move to The Amex on Wednesday.

The Iran international has joined the Seagulls from Dutch side AZ Alkmaar for an undisclosed fee, which is believed to be in the region of £17million, and he becomes the club’s eighth major signing of the summer.

Jahanbakhsh arrives in the Premier League with a certain amount of expectancy on his shoulders, as he finished as the top-scorer in the Eredivisie last season, netting 21 goals in his 33 appearances, while he also featured in all three of Iran’s matches at the World Cup.

The 24-year-old, who has signed a five-year contract with the Seagulls, is not thinking about pressure, however, as he is just looking forward to getting started with his new-team mates, particularly as he came close to joining the club three years ago.

“I’m really delighted to sign for the club. I was really looking forward to being here, seeing the facilities and the people here,” Jahanbakhsh told the club’s website.

“I had the opportunity to come here three years ago, and although it was the right place for me, it wasn’t the right moment for me to move to England.”

Brighton finished 15th in the Premier League last season, a full seven points clear of the relegation zone, and Jahanbakhsh is confident they can improve on that standing this term and he is hopeful of playing a prominent role in that success.

“I came here to help the team and be important for the team. It’s always been important for me, wherever I go, to do my best for the club and the fans,” he added.

The Seagulls are priced at 3.00 to be relegated come the end of the campaign and they will kick-off the new season when they visit Watford on August 11.