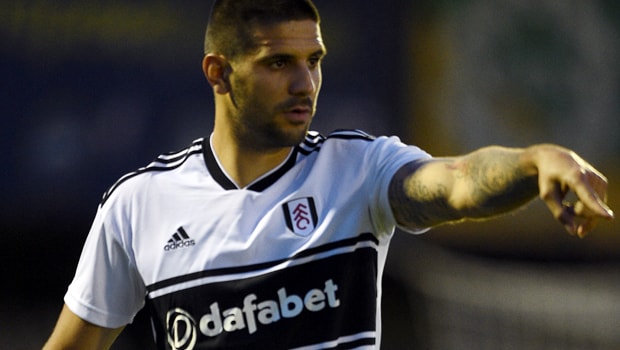 Defender Alfie Mawson only recently arrived at Fulham but he has already been impressed by team-mate Aleksandar Mitrovic and feels the striker has a big role to play.

Fulham boss Slavia Jokanovic has been reinforcing his squad over the summer months, with Mawson and Mitrovic just two of the new arrivals.

Mawson, who is likely to miss the first month of the campaign due to injury, watched on as his new club wrapped up their pre-season engagements against Celta Vigo over the weekend.

Mitrovic was on target for the Cottagers as they drew 2-2 against the La Liga outfit and Mawson believes he will prove to be a real handful for defenders this season.

Mawson said: “He is a big man! He’s 23 years old and built like a body builder and is as strong as an ox.

Against Celta Vigo on Saturday, their centre-half has looked to go tight on him – but he’s thrown the defender off the ball and wrapped one in from about 25 yards.

“It’s always good to have that because this club is renowned for its ball-playing ability but to have a target man like him will be crucial this season.”

Fulham will be hoping the Serbia international continues his impressive form when they get their Premier League season underway on Saturday at home to Crystal Palace.

Fulham are priced at 3.00 to be relegated at the end of the season.