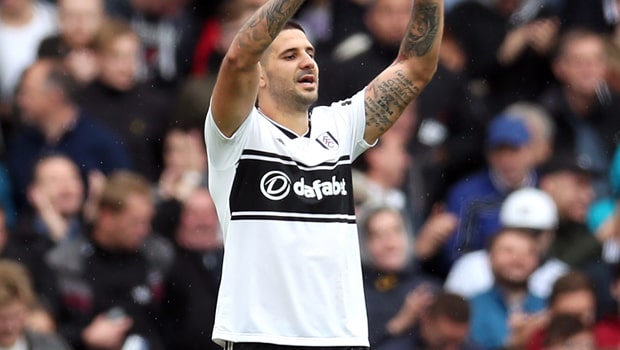 Fulham boss Slavisa Jokanovic wants to see more of the same from in-form forward Aleksandar Mitrovic after he scored in Saturday’s 1-1 draw with Watford at Craven Cottage.

The Serbian forward has made a fine start to the Premier League season and netted a close range leveller for his side 12 minutes from full time.

The Hornets went into an early lead after only 90 seconds via Andre Gray’s close range goal but Fulham responded well to the setback and merited their point.

Mitrovic, 24, has now scored 17 goals in English league football, more than any other player, since he made his debut for Fulham in February and he gets the seal of approval from his manager.

“Mitrovic played well. It wouldn’t be easy against the Watford centre-backs but he found the chance to score the goal.

He must keep going and he is an important player for us,” said the Cottagers boss.

The game against Watford was Fulham’s 500th in the Premier League, seeing them become just the 15th club to reach that landmark.

Jokanovic was content with the performance and credited his side for their response to such an early setback.

“I believe we deserved a point. We started the game sloppily and conceded a goal easily. We were a little confused and didn’t find our game.

Troy Deeney caused us many damages and we didn’t find a way to control him,” Jokanovic declared.

“They could have scored more but in the second 45 minutes we moved some players. The team showed a different approach and started to move the ball better. I believe the result is fair and we must keep going forward.”