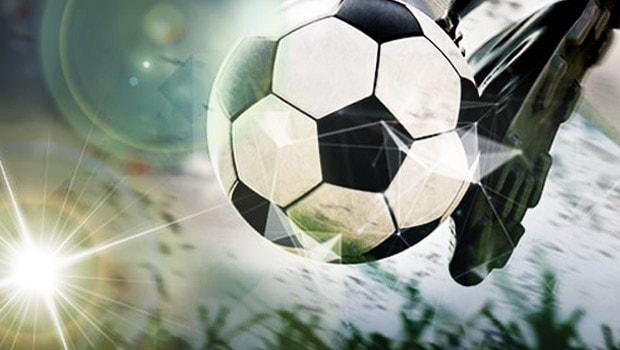 Fulham has been one of the successful teams in England with a flourishing academy.

This is obvious with the performance of their Under-18s who are on top of the league. This also reflected and the Under-23s; quarter-finalist in the Premier League Cup.

This article will be looking at five top players who came out from the Whites academy.

Other players of note who could follow the path of these players include Matt O’Riley, Jay Stansfield, and Sylvester Jasper, who have been having game time in the First Team.

The Olympique Lyon striker joined Fulham as a 16-year-old in 2012 from Paris Saint-Germain (PSG). He became an integral part of Steve Wigley’s U18s, and he was a success for the get-go. This incredible talent gave the trickish Frenchman the cal to the first team, and he made his professional debut in November 2013 from the bench in the 83rd minute against West Ham United.

With his eye-catching performance, Dembele was linked to Tottenham, but chose a move to Celtic in 2016 and thrived under Brendan Rodgers.

His contribution was to a successful domestic treble, and he was the eye of Lyon. He later went back home and signed for the former Ligue 1 champions in 2018 for £19 million. Since his move to France, the 23-year-old  striker has found the back of the net 42 times.

The Slovakian is a huge revelation for the Whites after joining the Academy in the middle of the 2012/13 season.

He later signed a permanent deal in the Summer of 2013 after being offered a trial and instantly impressed.

He was then drafted into the U18s team and became the first choice. He progressed to the U19s, where he had a successful Dallas Cup campaign as the number one goalkeeper.

His crucial role for the U18s in winning their second successive Barclays Premier League title and performance in the final of the FA Youth Cup was highly noticeable and got rewarded with a call to the senior team in the 2014/15 season where he was on the bench in the win against Leeds United. The same season, he moved up the ladder in the Academy by playing  16 games for the U21s.

After a loan stint with Welling United and League Two side Accrington Stanley, Rodak made his First Team debut in the 2017/18 season, and he has been between the stick for the Whites this season.

Sessegnon joined the Whites at the age of eight from a local team, Wandgas Football Club, where he played with his brother Steven before being spotted by Fulham.

After a six-week trial, he was successful and joined the Academy permanently with the chance to attend Coombe Boys’ School while he continues his football development.

After going through the ranks, the winger eventually made his debut for the first team in 2016 at the age of 16.

The attacking left-back who now plies his trade with North London club, Tottenham Hotspurs, was the youngest scorer in the Championship.

He was the most important player for Fulham, leading them to promotion to the English top-flight in the 2017/18 season scoring 15 goals before moving to Spurs. He scored 25 goals in 120 games for the Whites.

He joined Fulham from school football with great potential at a young age.

Steve, who is a utility player, suffered an injury set back on his knee in 2015/16 while playing for the England U16s but returned to action for the U18s in the following season.

Steven, who can play as either a defender or midfielder, became a regular player for the U18s and moved up the ladder to the PL2 side.

In the 2017 season, where he made his first-team debut, Steven signed a three-year professional contract with the club. Sessegnon, who still plays for Fulham, has made 13 appearances in all competitions this season.

The winger came to the London club from AFC Wimbledon at the age of 13. Since then, he has been enjoying good spells after moving through the U18s, U23s, and finally to the first team.

He put pen on paper with Fulham for his first professional deal on his 17th birthday and eventually made his Premier League debut against Manchester City in 2014.

Although he struggled to get the first-team action, Roberts, after his only full season with the club where he played 17 times, joined City for £12 million.

After failing to succeed at City, he moved to Celtic, where he spent two-and-a-half seasons on loan. Apart from his loan spells with Girona and Norwich City, the Kingston-born winger is currently playing for Championship side Middlesbrough.