Posted by Olumide Akinnifesi on April 4, 2020 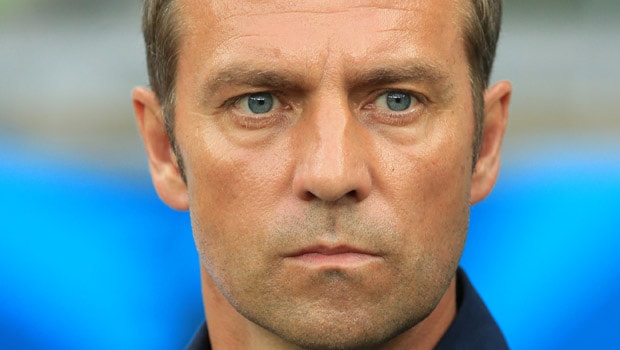 Bayern Munich head coach Hansi Flick has signed an agreement with the club that will keep him at the Allianz arena till 2023.

Flick joined the Munich outfit last summer after the sacking of his predecessor Niko Kovac in November as he was appointed on an interim basis.

He was, however, given the job on a full-time basis in December until the end of the season. The 56-year old performance earned phenomenal statistics after he won 18 out of 21 games in charge. His new deal will, however, extend his stay by another three years.

Before the season came to a halt due to the CORVID-19 Pandemic outbreak, Bayern was already four points ahead in the league standings with just nine games left to play.

The Bavarians have also been enjoying a roller-coaster season in the Bundesliga, Champions League, and League cup as well.

The 55-year old has created a balance in the team, with the likes of Lewandowski scoring with reckless abandon and Serge Gnabry in his very best form.

Bayern’s defense has also been reshuffled, and with the pairing of Alaba and Boateng, Joshua Kimmich in midfield, Benjamin Pavard at the right-back and the Brilliant Alphonso Davies at the left-back has made the end of the defense stable.

Their 3-0 Champions League victory against Chelsea showed how clinical Flick’s men are, as they dominated proceeding against the London side.

Before Flick was appointed an interim manager back then, he has previously worked as an assistant to Germany National team manager Joachim Low as he helped them to clinch the World Cup title in 2014.

Bayern’s Munich CEO Karl Heinz Rummenigge released a statement saying the board is excited with Flick’s work.” The team has improved under his watch and playing attractively”. He added.