Record-chasing Williams not ready to slow down 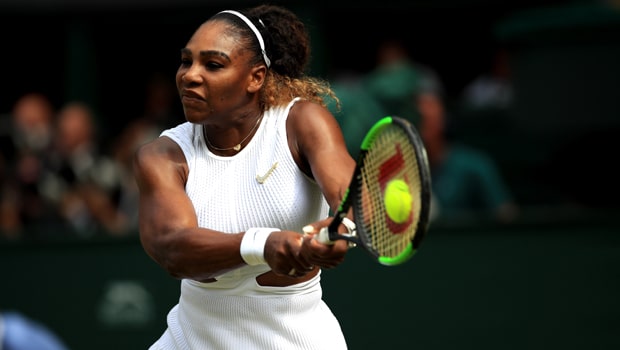 Serena Williams is one win away from a record-equalling 24th Grand Slam title and the American admits she’s in no mood to slow her career down.

Williams dismissed Barbora Strycova 6-1 6-2 to reach her 11th Wimbledon final, and, despite a season interrupted by injury and illness, she’s now feeling close to her best. Romania’s Simona Halep stands between Williams and history, with the latter attempting to put last year’s SW19 final loss to Angelique Kerber behind her.

Williams is aiming to draw level with Australian Margaret Court’s all-time record of 24 Grand Slam singles titles and also win her first major title since becoming a mum in September 2017.

At 37 years and 291 days, she will on Saturday overtake Martina Navratilova as the oldest Grand Slam women’s finalist in the Open era. She’s set to compete in a Grand Slam final for the 13th consecutive year – a run that includes being on maternity leave during that time – and is loving her job as much as she ever has done.

“I love what I do, I wake up every morning and I get to be fit and play sport and play in front of crowds like here at Wimbledon – not everyone can do that,” she said.

“I’m still pretty good at what I do and it’s always an amazing experience.” Williams is 1.53 favourite for Saturday’s final, with Halep priced at 2.50. The American is 2.25 to win in straight sets.