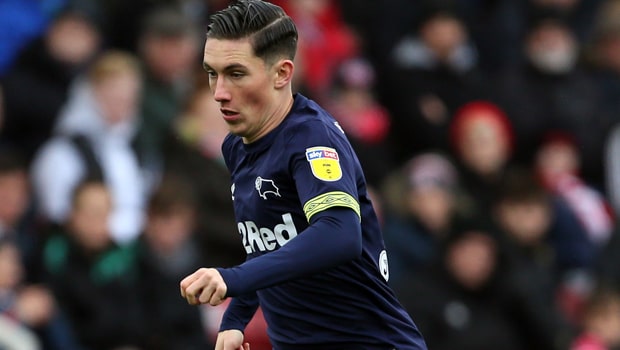 Derby midfielder Harry Wilson says the Championship side are confident they can pull off an upset when they travel to Stamford Bridge to take on Chelsea in the League Cup.

The two teams will meet on Wednesday night in the fourth round of the Carabao Cup and it promises to be a special night for Rams boss Frank Lampard.

Lampard will return to his former stomping ground for the first time as a manager seeking to spring a surprise having already claimed one major scalp when dumping Manchester United out of the competition in the last round.

Derby have moved into the Championship play-offs in recent weeks having gone through the last five games unbeaten.

Wilson has scored a number of impressive goals so far this season, including a wonder free kick against Manchester United, and he’s confident his team can pull off another shock win.

“It was almost like it was made for him, wasn’t it?” told reporters.

“I’m sure he’ll enjoy going back to a club where he had such a successful career.

“But we’ll be going there full of confidence and will play our football looking to get a result.

Winning at Old Trafford gave us a lot of confidence, and we’re going to Stamford Bridge to get a similar result.”

Lampard played nearly 650 games for Chelsea and Wilson believes the former England international’s experience has helped his game come on leaps and bounds.

Wilson added: “He’s been great. Since I’ve been there I’ve learned a lot and his coaches help me too. The way we’ve played in the last month or so has shown how we’ve progressed as a team.”