Warnock Refusing to Give up 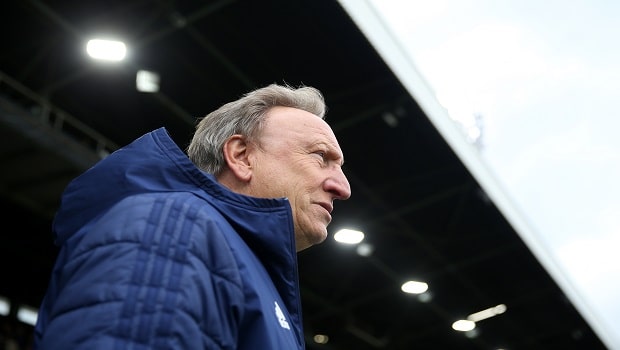 Cardiff City boss Neil Warnock has refused to give up despite seeing his team lose momentum in their bid to avoid relegation.

The Bluebirds were unable to beat Fulham on Saturday afternoon, with Ryan Babel’s goal the difference at Craven Cottage.

Fulham’s victory moves them onto 26 points, and they are now just five points below Cardiff who remain in 18th.

Brighton’s draw against Newcastle United now means Warnock’s side are four points away from the Seagulls, with two games to go, but Warnock has refused to give up hope.

He told BBC Sport: “I am disappointed but could not have asked anymore of them. We couldn’t have scored if we carried on till Christmas.
“The luck has been against us. On reflection my team selection was wrong, but you can’t fault the lads. Who is to stay we are not still in the fight?

“You see the chances, we should score some of those chances. You pay for your finishers in this league, we have never been blessed with that, Emiliano Sala would have been that and that was a big blow.”

Cardiff are 1.02 to join Fulham and Huddersfield Town in the Championship, while Brighton are 19.00 to be relegated.

Warnock’s men will welcome Crystal Palace to the Cardiff City Stadium next week before they then do battle with Manchester United on May 12 at
Old Trafford.

Brighton face two very difficult games before the end of the campaign, with Arsenal and Manchester City on the horizon for Chris Hughton’s troops.