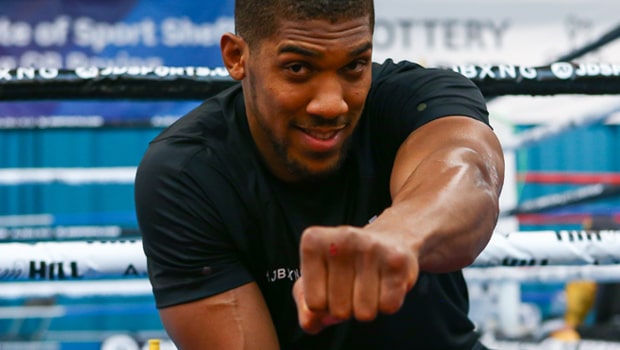 Andy Ruiz Jr has been confirmed as Anthony Joshua’s opponent for next month’s heavyweight showdown in New York.

British star Joshua had been due to fight Jarrell Miller in his American debut at Madison Square Garden on June 1, but after the New Yorker failed a drug test, he was denied a boxing licence.

That meant Joshua was in need of a new opponent and it was confirmed on Tuesday that California-based Mexican Ruiz Jr would fill the void and challenge the Briton for his WBA ‘Super’, IBF and WBO titles.

Ruiz Jr has won 32 of his 33 professional bouts to date, with his only defeat coming when he fought Joseph Parker for the WBO heavyweight title in 2016.

Since losing to Parker, Ruiz Jr has won three fights on the spin to earn another world title shot, most recently stopping German Alexander Dimitrenko in the fifth round of their fight last month.

The 29-year-old insists he is out to make history against Joshua and he does not care if people are already writing his chances off.

“A lot of people underestimated me, and I’m used to that,” Ruiz Jr said.

Ruiz Jr is renowned for his swift hand speed and Joshua will have to adapt his preparations accordingly, but the unbeaten Briton is confident he will still deliver an explosive victory.

“Ruiz Jr is a different kind of challenge but one I embrace,” said Joshua.

“We have worked in the boxing gym week on week and whoever is put in front of me at Madison Square Garden on June 1 will be dispatched in style. The rent will be collected.”