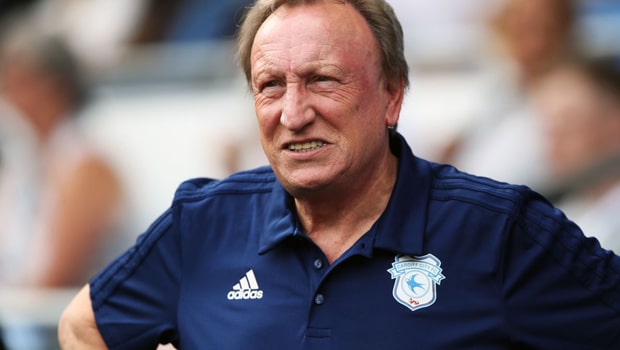 Cardiff City manager Neil Warnock is wary of the threat posed by Chelsea’s star-studded line-up but does not feel Saturday’s clash will define their season.

The Bluebirds are now back in the Premier League and have immediately been installed as 1.40 favourites for relegation ahead of Huddersfield (1.60) and Burnley (2.60).

The Welsh outfit have yet to win a top-flight match this term, with draws against Newcastle and the Terriers giving them their two points.

Conversely, the Blues are sitting pretty in second spot having won all four of their games, and Saturday’s Stamford Bridge fixture looks a mismatch on paper.

Warnock admits he is in awe of the talent opposition boss Maurizio Sarri has at his disposal, especially Eden Hazard, and knows that they are capable of taking down any team in the division if everything clicks.

“I want to try and do the best we can against those teams, not just in defending but attacking as well,” he told BBC Radio 5 Live.

“It’s alright talking about it, but if Hazard Willian, Pedro have a good day there’ll beat anyone.”

The veteran tactician has been around the block in management and seen many superb players over the years.

However he heaped further praise on Belgium international Hazard but does not believe that this weekend’s result will determine whether Cardiff are relegated.

“He’s an unbelievable player,” he added. “You don’t look at the top six teams and think that will decide if we stay in the Premier League or not.”