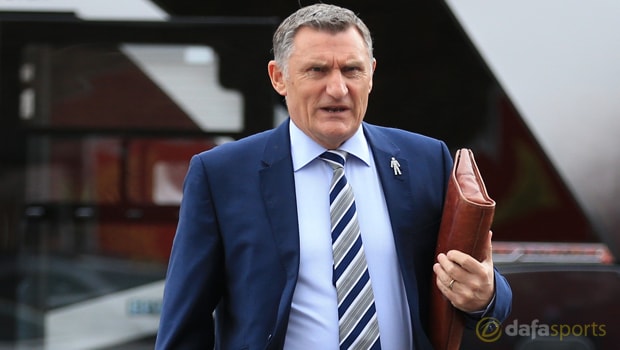 Pete Whittingham and Richard Smallwood arrived on free transfers from Cardiff and Rotherham respectively while Ben Gladwin was signed for an undisclosed fee from QPR, with Bradley Dack secured for £750,000 from Gillingham.

Mowbray had been hoping to see more fresh faces before Rovers headed off to Austria on their pre-season tour, but whilst deals weren’t able to be done in time, he is confident more new faces are on the way.

“I would have hoped that we would have secured a signing or two to have come over and joined us,” he told the Rovers website.

“But it didn’t quite happen during the week for various reasons back home, but I’m pretty sure they are pretty close as well.”

Rovers fell to a narrow 1-0 defeat against Czech outfit Sparta Prague in their second pre-season friendly of the summer, with Marc Janko scoring the only goal in the second half.

Mowbray is happy that everyone at the club is doing what is needed to secure their transfer targets and says certain issues beyond their control have hindered them with one potential target, for now.

“The one that I would have hoped to have had over here it is out of our hands. We have done everything that we can do,” he added.

“But there is no frustration, everybody behind the scenes is working extremely hard at trying to put together a squad that can be very competitive in this division.

“I think it is coming together and I hope there are some more exciting signings for the supporters over the next three or four weeks.”

Blackburn are the 5.50 favourites to win League One next season.