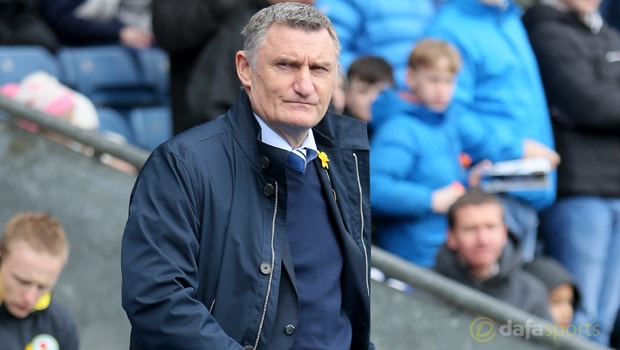 Blackburn Rovers manager Tony Mowbray says the club has already started to look at summer transfer targets despite not knowing which division they will be playing in next season.

Rovers are on course to earn an instant return to the Championship, with the club sitting second in League One, five points ahead of third-placed Shrewsbury Town with four games remaining.

The Shrews lost 2-0 at home to Charlton Athletic on Tuesday, spurning the chance to close the gap, and Blackburn could move eight points clear of their rivals at home to Peterborough United on Thursday night.

It looks likely Mowbray’s men, who are 4.50 to lift the League One title, will earn automatic promotion to England’s second tier and the manager is already having thoughts about summer recruitment.

The English tactician, who has been linked with a shock return to former side West Brom, has confirmed the scouting team are looking into possible targets for the next transfer window.

“Recruitment is happening now, very intensely at this football club, and we have to look at both divisions of course,” Mowbray said.

There are currently four players on loan at Ewood Park – Adam Armstrong, Jack Payne, Marcus Antonsson and Harry Chapman – and it is thought permanent deals will be looked at for the quartet.

A win over Posh on Thursday would bring the promotion party ever closer for Blackburn and the hosts are 1.50 favourites to pick up a vital three points, a draw is priced at 4.20 whilst the visitors are 6.50 outsiders.