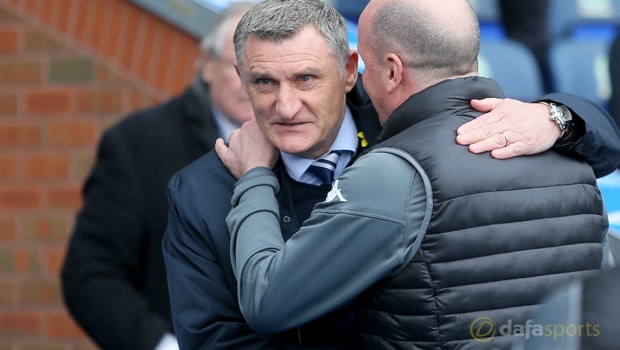 Tony Mowbray has spoken of his frustration after Blackburn allowed a two-goal lead to slip in Sunday’s 2-2 draw with League One promotion rivals Wigan.

Rovers remain at the summit of the third tier but they failed to take advantage to put even more distance between themselves and Wigan at Ewood Park.

Blackburn have a six-point cushion over third-placed Wigan, who are priced at 67.00 to win the FA Cup, but Latics do have four games in hand due to their run in that competition.

Mowbray’s men failed to protect their lead and Wigan fought their way back into the clash through Michael Jacobs just after the hour mark.

Wigan’s pressure eventually told with Max Power helping them on to level terms and the two Lancashire rivals ultimately had to settle for a share of the points.

The Rovers boos could not hide his frustration at the full-time whistle but insists they must move on and look to get their automatic promotion spot tied down in the remaining 10 games.

“I thought we showed our quality and class in the first half and have to take the positives from that.

“We’re a really good side and have to see this season out now, we have to win matches to get to our target so let’s see how we go.

“We can’t do anything about today’s game now, it’s frustrating but there were some great moments and we scored two great goals.

“If anything, it was a difficult game because it was so stop-start, but never mind.”